1.Did you enjoy yourself at the party？

！ I’ve never been to a more exciting one before.

2.Leslie Cheung’s movies have influenced many people and these classic films his different performing

3.Jenny has been taken to the headmaster’s and she about what happened in their dormitory last night

5.The movie was for an important international prize， but it got nothing in the end.

They have set out to deal with the present situation they think deserves their immediately attention.

A.what B. where C.when llwhich

7？ The flu is believed by viruses that like to reproduce in the cells inside the human and throat.

A. to be caused B. to have caused C. being caused D. causing

8.More highways have been built in China. it much easier for people to travel from one place to another.

9.At the ceremony， the president delivered a thank-you speech the company.

10.Those successful deaf dancers think that dancing is an activity f sight matters more than hearing.

11.The father， ready to retire at an early age， hoped that his eldest son would the family business.

12.1 believe that more effective measures have to be taken before we can breathe cleaner air. . Air pollution has become too serious a problem.

13.Many people agree that there has never been a more splendid opening ceremony than — of the Beijing Olympic Games in history.

14.My sister-in-law is the of the information， so it can t be 间sH.

I teach economics at UNLV three times per week. Last Monday， at the beginning of class， I _16_ asked my students how their weekend had been. One young n)an said that his weekend had not been so good. He had his wisdom teeth _17_？ The young man then proceeded to ask me why I 18_ seemed to be so cheerful. His question _19_ me of something I’d read somewhere before： “Every morning when you get up， you have a choice about how you want to approach life that day，” I said. “I _20_ to be cheerful/5

“Let me give you a(n) I continued， _22_ ail sixty students in the class. Tn addition to teaching here at UNLV I also teach at the community college in Henderson， 17 miles down the freeway from where I live. One day a few weeks ago I diove to Henderson. I _23_ the freeway and turned onto College Drive. I only had to drive anothef quarter mile down the road to the college. But just then my car ~24_？ I tried to start it again， but the engine wouldn’t _25_. So f put my flashers on， grabbed my books， and _26_ down the road to the college？*

“As soon as I got there I called AAA (汽车协会)and _27_ for a tow truck to meet me at my car after class. The secretary in the Provosfs office asked me what liad happened. 4This is my _28_ day/1 replied， smiling.”

“But your car breaks down” She was puzzled. What do you mean？

‘”I live 17miles from here/1 replied. 4My car could have broken down anywhere along the freeway. It didn’t. _29= it broke down in the _30 ？place： off the freeway， within walking distance of here. I’m still able to teach my class， and Pve been able to arrange for the tow truck to meet me after class. If my car was _31_ to break down today， it couldn’t have been arranged in a more convenient fashion.”‘

“The secretary’s eyes opened wide， and then she sfniled. I smiled back and headed fbr class.” So ended my story. I_32_ the sixty faces in my economics class at UNLV Despite the early hour， no one seemed to be asleep. _33_， my story had touched them. Or maybe it wasn’t the story at all. _34_， it had all started with a stiidenfs

1 35. A. observation B. recognition C. judgment

For kids and many adults， a San Diego vacation means theme parks and other attractions. Before heading to a park， call or check its v/ebsite for updated hours of operation； many parks have seasonal or holiday hours. Ticket prices listed here are for general admission， single-day use only.

A 6-minute tide （海潮）called Journey to Atlantis， which is to open in late May， tells the legend of the island nation. After the ride of Greek fishing boats， folks can visit a new exhibit of dolphins， which have not been on display at the park since 1998.

There’s not much in the way of new attractions. The zoo has a new panda cub （幼蔭），Mei Sheng， Nighttime Zoo， a program popular with families， starts June 26.

The HMS Surprise， the 18-centur）1 British warship featured in the film Master and commander， is on exhibit though Nov. 30.

Vsiting relatives or friends in San Diego？ They can get a hometown pass and ride fbr free with your paid admission.

37.If you want to enjoy the perfbnnance of dolphins， you should go to .

38.Ifa couple visits San Diego Zoo with their children， one aged 3 and the other 2* the admission will 宀—.

39.According to the text. Old Town Tours can be well described by the saying

40.It can be inferred from the text that \ 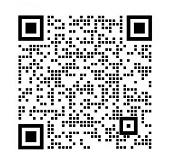